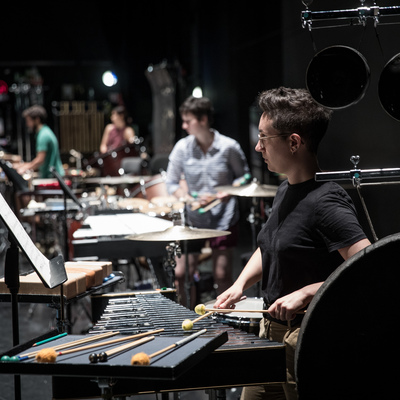 The Lucerne Festival Contemporary Orchestra (LFCO) was founded in 2021 as a counterpart to the Lucerne Festival Orchestra: an orchestra of excellence for the interpretation of contemporary music. It brings together former and current students of the Lucerne Festival Academy. The Academy’s network, which has grown over 16 years, now numbers over 1300 instrumentalists, conductors and composers. It represents Lucerne Festival’s long-standing commitment to new and contemporary music. The repertoire of the new orchestra ranges from the threshold of classical modernism to works of the present day. In both large and small formations, the LFCO performs concerts at the Academy during the Summer Festival, followed by guest appearances abroad. In Lucerne, it will also take on the leading role in the new autumn weekend Lucerne Festival Forward which took place for the first time in November 2021.

Registered since over 3 years
Last login on 6 April 2022