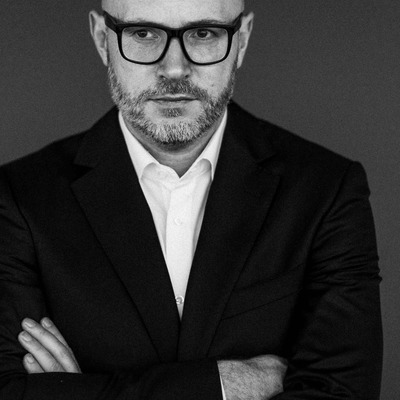 Composition, Orchestra, Spain – Baldur Brönnimann is a conductor of great flexibility, with a broad-minded approach to programme-building and music-making. In the earlier stages... Read Biography

Baldur Brönnimann is a conductor of great flexibility, with a broad-minded approach to programme-building and music-making. In the earlier stages of his career, he developed a reputation as one of the finest conductors of contemporary music, working at the highest level with composers such as John Adams, Kaija Saariaho, Harrison Birtwistle, Unsuk Chin, Helmut Lachenmann, Magnus Lindberg, Georg Friedrich Haas. Whilst his work maintains a focus on contemporary music, Brönnimann is now regularly sought after beyond this niche and is working with a wide range of orchestras across the globe. He also has a strong commitment to educational and outreach work, and to challenging the traditional boundaries of classical music.
Brönnimann has performed at festivals such as Wien Modern, Darmstadt, Mostly Mozart at Lincoln Center and has conducted significant performances of major works by composers such as Ligeti, Romitelli, Boulez, Vivier, Schnebel and Zimmermann. In recent seasons he has conducted the Seoul Philharmonic, Oslo Philharmonic, Bergen Philharmonic, Aurora and Munich Chamber orchestras among others, and last season’s highlights included return visits to the Frankfurt Radio Symphony Orchestra and to the Vienna Radio Symphony at the Musikverein. In 2020 he made his debut with the Barcelona Symphony Orchestra with Emmanuel Pahud as soloist, and in 2021 he looks forward to returns to the WDR Symphony and Royal Stockholm Philharmonic orchestras. He works regularly with contemporary music ensembles, including Klangforum Wien both in Vienna and on tour and the Ensemble Intercontemporain whom he conducted at the BBC Proms in a programme celebrating the music of Boulez.

Brönnimann is Principal Conductor of the Basel Sinfonietta with whom he continues to conduct programmes combining contemporary and unknown works with standard repertoire in typically unexpected ways. In 2020 he concluded his hugely successful six-year tenure as Principal Conductor of the Orquestra Sinfónica do Porto Casa da Música. Between 2011–2015 he was Artistic Director of Norway’s leading contemporary music ensemble BIT20, and from 2008–2012 Music Director of the National Symphony Orchestra of Colombia in Bogotá.

Born in Switzerland, Brönnimann trained at the City of Basel Music Academy and at the Royal Northern College of Music in Manchester where he was subsequently appointed Visiting Tutor in Conducting, and he now lives in Madrid.