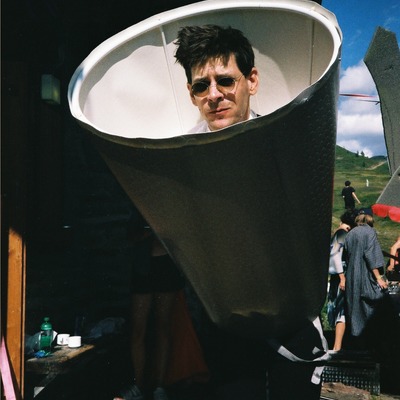 Composer/Performer, Zürich – Nicolas Buzzi is a Zurich-based composer/performer and artist in the fields of electronic and electroacoustic music for concerts, installation art,... Read Biography

Nicolas Buzzi is a Zurich-based composer/performer and artist in the fields of electronic and electroacoustic music for concerts, installation art, performance, film and theatre. He has been playing electronic instruments since his childhood. In 2019 he completed his master's degree in Electroacoustic Composition with Germán Toro-Pérez.
His often collaborative, space-oriented works are always close to the materiality of sound and its production. Thus the treatment of acoustic phenomena and the construction of specialized instruments is an integral part of his practice, which has led to the development of several instruments based on acoustic feedback, a variety of specialized software applications, kinetic-acoustic systems and experimental loudspeakers. The formalization of random processes and the intuitive access to sound and musical structure are, often paired with an elaborate temporal structuring of sequences, recurring elements of his work. On the one hand, these elements come to bear in his compositions and installations, but also in his improvisational practice. The spatial, instrumental and social facilities developed as the basis for improvised performances and concerts allow for a play in the space between improvisation and composition with open form, provide an intuitive access to complex structures.
His works, respectively works with his artistic participation, have received several awards, most recently Looping Suspense by Daniel V. Keller (scholarship of the city of Zurich 2019), the Swiss Pavilion SVIZZERA 240 - House Tour by Li Tavor, Matt van der Ploeg, Alessandro Bosshard and Ani Vihervaara at the Architecture Biennale in Venice 2018, (Golden Lion for the best international contribution) and the film Dene wos guet geit by Cyril Shaublin and Silvan Hillmann (Edinburgh International Film Festival, Best International Feature Film/Swiss Film Award, Best Fiction Film 2018 (Nomination)/Locarno Festival, Mention speciale First Feature Award 2017 and a. ) and have been shown at Taylor Macklin (ZH), Kunsthaus Bregenz, Kunstmuseum Basel, HEK Basel, Kunstraum Riehen, Gare du Nord Basel, Istituto Svizzero di Roma, Fonderie Kugler (GE), Walcheturm (ZH), Mikro (ZH), CAN Centre d'art Neuchâtel, at Fri-Art Fribourg, at Alpina Huus, at the Aargauer Kunsthaus, at the Schauspielhaus Zürich, at OOR Saloon, at the SIGNAL Art Gallery (NYC), at the Berliner HKW, at the ZKM Karlsruhe, at the Locarno Film Festival, at the Kölnischer Kunstverein, at Kampnagel Hamburg, at the M. 1 Hohenlockstedt, the Engadin Art Talks, the Piano Nobile (Geneva), the Schunck* Museum (NL), the NUS Museum Singapore, the Venice Architecture Biennale, and the São Paulo Architecture Biennial.