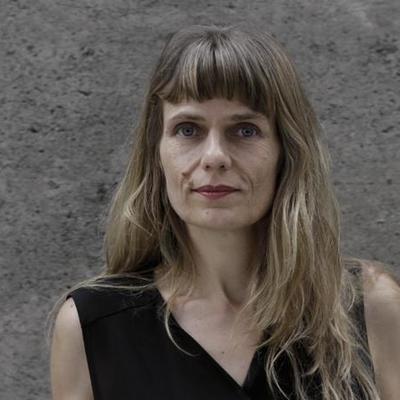 #contemporary classic..., Zürich – ABOUT MY WORK Much of my work manifests in an interdisciplinary context and is bound to confront traditional performance practice in terms of how... Read Biography

ABOUT MY WORK
Much of my work manifests in an interdisciplinary context and is bound to confront traditional performance practice in terms of how sound is produced, heard and seen. Taking the audience to peculiar places, ambiguous and deceiving, where the usual expectations have to be thrown over board. Often the instrumentalists are challenged to go beyond an "only" interpretative function, their corporal presence on stage is fully taken into account.

Regardless the medium, if composed for the stage or an installation, I'd like to invite the listener to engage with the subject matter, to confront and distinct and to physically experience the sculpturesque nature of sound.

BIOGRAPHY
Katharina Rosenberger, born in Zurich, is a Professor at the Department of Music, University of California, San Diego. She holds a Doctor of Musical Arts in Composition from Columbia University, under the mentorship of Tristan Murail.

Rosenberger is a recipient of the 2019 Guggenheim Fellowship. In the past, she has been awarded with the Hellman Fellowship, San Francisco, the Sony Scholar Award, and the Ernst von Siemens Musikstiftung Commission for her composition Gesang an das noch namenlose Land. Her installation work VIVA VOCE and Room V won the “Mediaprojects Award” /  Sitemapping of the Swiss Federal Agency (OFC), Berne. Her portrait CD TEXTUREN with the Wet Ink Ensemble, released on HatHut Records, has been awarded the prestigious Copland Recording Grant and was selected for the Preis der Deutschen Schallplattenkritik, Bestenliste 4_2012.

Her music can be heard on Hat Hut Records, Unit Records and Akenaton.