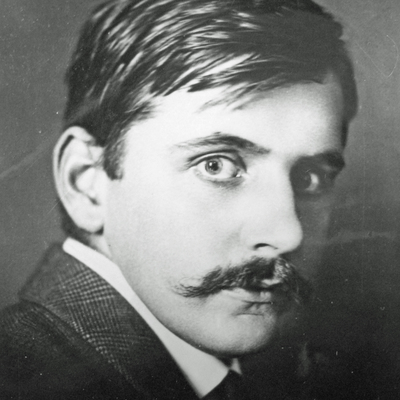 Lied, Oper, Schwyz – The composer Othmar Schoeck was born in Brunnen on 1 September 1886, the fourth and youngest son of Alfred Schoeck, a landscape painter, and Agathe... Read Biography

The composer Othmar Schoeck was born in Brunnen on 1 September 1886, the fourth and youngest son of Alfred Schoeck, a landscape painter, and Agathe Schoeck-Fassbind, the daughter of a local hotelier. Together with his three brothers Paul, Ralph and Walter, Othmar grew up in the Villa Eden built by their father (today known as the Villa Schoeck), and all four looked back on their childhood in Brunnen as an idyllic time. Othmar initially wanted to become a painter like his father, but then decided instead to devote himself to music. He studied at the Zurich Conservatory under Friedrich Hegar, then later at the Leipzig Conservatory under Max Reger. He thereafter settled in Zurich, where he worked variously as a composer, piano accompanist and conductor. For more than twenty years he worked as the Chief Conductor of the City Orchestra of St. Gallen. Schoeck died in Zurich on 8 March 1957.
Schoeck remained resident in Zurich until his death, but repeatedly returned to visit the family home in Brunnen, which always remained for him a place of refuge as an artist, full of happy childhood memories. Schoeck often came to Brunnen to compose; it was here, for example, that he worked on “Trommelschläge” (“Drum Taps”) for chorus and orchestra, and the operas “Massimilla Doni” and “Das Schloss Dürande”. The piano on which he composed at night still stands in a little room to the side of the atelier on the top floor of the family villa.
From the mid-19th century onwards, Brunnen became a popular holiday spot for the international aristocracy and art-loving bourgeoisie, and developed into a remarkably cosmopolitan place. William Turner painted the same view that Schoeck later enjoyed daily from the windows of the family villa; not long after Turner, Richard Wagner came here and even made plans to erect his festival theatre by the lake; and in a garden behind the villa, King Ludwig II of Bavaria later sat and listened to the actor Josef Kainz declaim his favourite passages from the classics.
As the child of a painter and a hotelier’s daughter, Othmar naturally came into contact with all manner of artists when they came to Brunnen for their holidays. Later, the family villa became the focus of a new network of artists who gathered around Schoeck. Writers such as Hermann Hesse and Meinrad Inglin, and composers such as Fritz Brun and Volkmar Andreae were regular visitors here.
During his lifetime, Othmar Schoeck’s music was performed by leading conductors such as Wilhelm Furtwängler, Fritz Busch and Karl Böhm. From “Penthesilea” (1927) onwards, his operas were given their first performances at the State Operas of Dresden or Berlin, and the most renowned singers of the day sang his lieder, from Karl Erb to Dietrich Fischer-Dieskau. In recent years, Schoeck’s music has again begun to receive major international recognition, not least in England and America. In 2009, for example, Alex Ross, the award-winning author and music critic of the “New Yorker”, chose Christian Gerhaher’s recording of the “Notturno” as one of the ten best CDs of the year.
The Othmar Schoeck Festival, one of whose venues is the Schoeck family villa, aims above all to place Schoeck’s music on a secure footing on the Swiss and international scene, and to make an active contribution to a critical engagement with his life and works here, in the place of his birth.