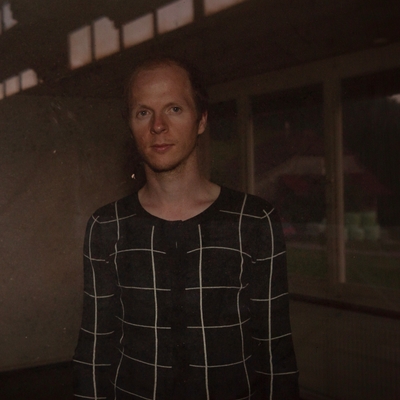 Electronica/Instrumental, Bern – Marcel Zaes (b. 1984 in Bern, Switzerland), is a performer-composer. He holds an M.A. in Music & Media Arts from Bern University of the Arts, an... Read Biography

Marcel explores the ways in which rhythm forms the basis for community, that is, rhythm affords the sociality that is traditionally called “making music together,” or “dancing together,” even if no such action is involved at all. He investigates rhythm with an interdisciplinary framework that encompasses the socio-cultural background of “groove,” critical race studies, African American musical heritages, performance and dance studies, beat perception, and the politics of playing along mechanical time.

Marcel’s artistic practice encompasses installation pieces, “living installations” with human performers, concert music for ensembles and electronics, and multimedia solo performances that he calls “post techno beat music.” His works consist of assemblages of self-made software codes that act as mechanical time keepers and human performers who “play along.” Most of his pieces harbor an affective potential to perceive and re-think the gap between what is congenitally conceived of as “human,” versus what is conceived of as “mechanical” temporality, and many of his pieces revolve around the question of groove.

For his work, Marcel Zaes has been awarded a number of grants and prizes, among others the Kiefer Hablitzel Foundation Prize (2010), two UBS Composition Prizes (2011, 2016), a Fulbright Fellowship (2015), the Lyra Foundation Zurich grant for highly talented young artists (2015), and the Joukowsky Summer Research Award (2018). He has played numerous concerts and taken part in group exhibitions internationally, most recently at ISEA Hong Kong (2016), the Swiss Chamber Music Festival (2017), at the Center for New Music San Francisco (2018), and at the Italian Academy at Columbia University (2019). Moreover, he was an artist in residence at the Swiss Institute at Rome (2011/2012), with Landis & Gyr in Budapest (2015), with Residency108 in Upstate New York (2015), with the Swiss Arts Council Pro Helvetia in Cairo (2012) and in New Delhi (2018). His works have been played by ensembles such as Ensemble TAG Winterthur-Zurich (2014), Classicus Quartet at Liszt Academy Budapest (2015), ICE International Contemporary Ensemble New York (2017), Yarn/Wire New York, (2018+2019), Kukuruz Quartet Zurich (2015, 2016, 2019), and The Ned and Frances Black Fund has recently commissioned him to write a new extended work for Bang on a Can All Stars bassist Robert Black. He has published nine albums with Tonus Music Records (2011-2016) and Edition Dumpf (2018).

Registered since about 2 years
Last login on 15 July 2019