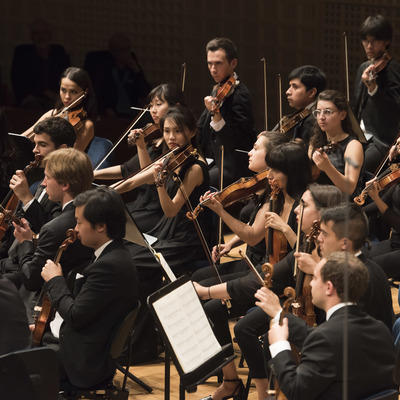 The Lucerne Festival Academy was founded in 2004 by Pierre Boulez and Festival Executive and Artistic Director Michael Haefliger. Every summer, Academy participants work on contemporary scores and modern classics with the most internationally renowned composers and conductors of the new music scene. The composer Wolfgang Rihm has served as the Academy’s Artistic Director since 2016. Through daily rehearsals, workshops, and lessons, participants are given the tools necessary to perform new music. Works from the “curriculum” are then performed in orchestral concerts and ensemble programs. Following each summer's conclusion of the Academy, the orchestra gives concerts outside Switzerland. In recent years, the musicians have performed at the Elbphilharmonie Hamburg; last year they brought Stockhausen's INORI, a project that received the highest international acclaim, to Berlin and Paris.

Registered since over 3 years
Last login on 6 April 2022