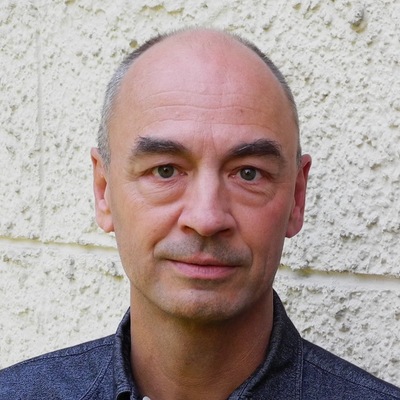 Zeitgenössische Musik, Zürich – Born in Glarus (Switzerland) on 4th of September 1965. After completion of secondary school, he studied at the University of Zurich (French, Latin... Read Biography

Born in Glarus (Switzerland) on 4th of September 1965. After completion of secondary school, he studied at the University of Zurich (French, Latin and Musicology) and flute with Dominique Hunziker in Aarau. Teaches flute at the high school of Aarau, Switzerland.

First compositions in 1986.
1991 Founded and has been artistic director of Ensemble S (Zurich), dedicating its activities to contemporary music
1991–1992 Course, at the Zurich University, on electroacoustical music with Gerald Bennett
From 1992 co-organizer and from 1994 through 2003 artistic director of the festival Tage für Neue Musik Zürich, where he has invited important composers such as Pierre Boulez, Helmut Lachenmann, Gérard Grisey, Klaus Huber, Brian Ferneyhough, Klaus K. Hübler, Kaija Saariaho, Pierluigi Billone and Emmanuel Nunes
1993 Participant at the Académie d'été at IRCAM, Paris
1996 Summer course at IRCAM on musical technology
1999 Received a composition price of the Township of Zurich
From 1999 to 2004 close collaboration with the choreographer Gabriel, as composer and flutist for tHEL danse Paris
2002 Production of « how many parts » (tHEL danse) at IRCAM
2003 Performances with tHEL danse at the Biennale Nationale de danse du Val de Marne, at the Festival Agora (IRCAM) and at the Tage für Neue Musik Zürich.
2003 Further Price of the Swiss Federal Foundation Pro Arte

As flutist, he has been member of several Swiss and international symphony orchestras (International Youth Symphony Orchestra, Symphony Orchestra of European Countries, Swiss Youth Symphony Orchestra. He has performed his own works in many festivals, as the Krakov Festival for Polish Composers, Festival Agora (Ircam, Paris), Tage für Neue Musik Zürich, Bludenzer Tage für Zeitgemässe Musik. He played also as duo with the violist Odile Auboin (member of the Ensemble Intercon¬temporain Paris).
Today his main work as flutist is as a member of the internationally known Flute ensemble "Les joueurs de flûte" (see www.joueurs.ch). As a specialist of the music of Claude Debussy, he has been revising the scores and co-leading the CD project "Danses et souvenirs", a CD which has come out in January 2006.

Registered since about 2 years
Last login on 26 February 2021