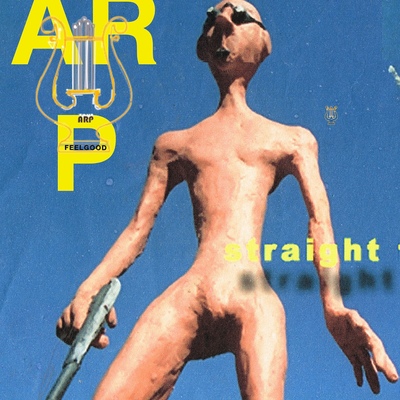 1990 to 1995 studied at the Lucerne Jazz School and at the Basel Music Academy (composition, music theory) and others. with Roland Moser.
Gloor played in various jazz and improvisation formations (Kieloor Entartet, Michael Gassmann Quartet, etc.) from 1989 to 1996. Member of Nadelöhr, later KOJ Zurich from 1997 and Fabulous Fable Quartet to this day. Freelance composer / improviser / performer.

His interest as a composer and producer lies in acoustic phenomena in general and the fringes of the concept of style in particular. Growing up with a lot of Mozart and Haydn and a great love for Schubert as a child, he discovered jazz as a teenager and later through his mentor and great role model Matthias Bruppbacher at the Canton School in Wetzikon, where he also accompanied some performances of the school orchestra with basso continuo and gained experience with chamber music, the new music.

There he was particularly impressed by the piano pieces and the piece "Groups for Three Orchestras" by Karlheinz Stockhausen. The music of Olivier Messiaen also found a naive echo in some of the compositions for Kieloor Entartet. He was fascinated by the mixture of deep musicality, an absolutely unique sound language and the quite tangible instructions and analyzes of this composer in his tomes. The works of Webern also played a very important role in the development of his style.

His stay at the Basel Music Academy showed him his possibilities, but also his limitations. For a long time, his helpless attempts to understand the great composers, to imitate them, to emulate them (even in the choice of writing tools) and his own inability, coupled with a great will, to tie everything together in a "paranoid system", caused him great difficulties.

Between 1994 and 2003 he created commissioned compositions for Trio Lépic, Katarakt, Ensemble "oggi musica", "Nadelöhr", "Swiss Natural Research Society", "Seebahn-Quartet" and others.
His work as a composer and pianist is documented on 11 CDs. The catalog raisonné contains about 30 works.

Thanks to his contacts to excellent interpreters / composers / clients, here are Rico Gubler, Matthias Steinauer, Markus Hochueli, Vera Fischer, Franziska Müller, Nicole & Nina Hitz, the Seebahn - Quartet, the Trio Lépic, he was able to name some excellent ones to make recordings of his works. Of course, his longtime friends Lucas Niggli and Matthias Kielholz and later Emmanuel Schnyder, who were members of Kieloor Entartet, are the first to be mentioned here. With them he was able to experience the greatest adventures, successes and crashes.
Contacts with Christoph Grab, Dominik Burger, Christian Strässle, Thomas Hirt, Fredi Schmid, Michael Gassmann, Kriz Flueler, Bernhard Bamert, Jan Brönimann, Werner Hasler, Felix Utzinger and many more also go back to this time.
SRF ( Radio DRS ) has excellent live recordings of some of these collaborations from the 1991 Schaffhausen Jazz Festival, 1994 Schaffhausen Jazz Festival and 2011 Schaffhausen Jazz Festival. Many of the productions by Kieloor Entartet, Nadelöhr, Fabulous Fable Quartet and Michael Gassmann Quartet released on UnitRecords were also recorded in the SRF studios or in co-production with SRF ( DRS 2 ).

From 1999 to 2012 Gloor led the youth ensemble (youth orchestra) Hinwil, where his knowledge of the orchestra sound and orchestra organization could be deepened.

2004 founding and development of the tonwerk132 recording studio in Wetzikon.

Since 2016 managing director of the culture & art club RAUM132 in Wetzikon. There he realized a small jazz festival Wetzikon from 2007 to 2013, where various current jazz formations performed and premieres of his own works could also be heard. Among other things, in 2016 the large project WALLA, in which the first scene of the opera WALLA was premiered with Robert Koller as soloist and a top-class ad hoc orchestra, or 2013, where the work Kraissler 2.1 was only performed; a re-creation of Karlheinz Stockhausen's concept "How time passes" in which he describes in detail the concept behind the work "Groups for Three Orchestras". This unfortunately undocumented performance for three independently operating bands, each with their own rhythm section, was a big thing that deserved to be performed again.
A highlight in 2015 was the world premiere of the work Amphimacros with a composed wind section and improvised rhythm section with Philipp Saner as the soloist on the guitar. Also a turning point in his work, in which the automated production of art and ideas increasingly came to the fore. Therefore he is increasingly concerned with mixing different self-produced, composed and improvised music and the sounds in general, synthetic and acoustic. This is how numerous purely electronic tracks came about, four of which have been officially released under Thise Gloor Straight so far.

In 2017, Thise Gloor conducted the suite L' histoire du soldat by Igor Stravinsky at the Wetzikon Music Night and thus fulfilled a heart's desire. Again and again he was allowed to conduct his own works. The project oggi musica meets Irène Schweizer from 1999 should be mentioned here as an example. There Gloor conducted the premiere of the classical work with a free cadence of the soloist in Lugano.
Thise Gloor has also been a piano and keyboard teacher since 1989, first at the Zurich Oberland Music School and since 2016 at the Uster Greifensee Music School.

Registered since about 1 year
Last login on 3 February 2023