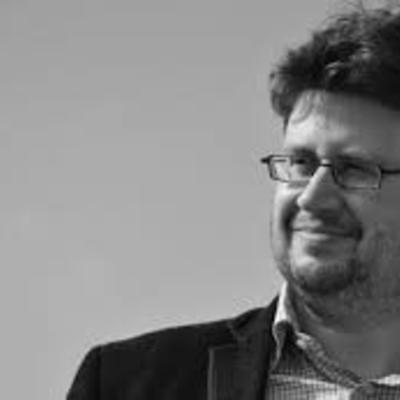 Artistic Research, Luzern – Michel Roth was born in Altdorf (Uri) in 1976 and grew up in the cantons of Uri and Lucerne. Today he lives in Ebikon near Lucerne. He began... Read Biography

Michel Roth was born in Altdorf (Uri) in 1976 and grew up in the cantons of Uri and Lucerne. Today he lives in Ebikon near Lucerne. He began studying literature, linguistics and musicology at the University of Basel, then, after passing the entrance examination, transferred to the Basel Music Academy, where he graduated in the artistic major of composition and music theory under Roland Moser and Detlev Müller-Siemens. From 2001-2011 he served as professor of music theory, composition and contemporary music at the Lucerne Academy of Music. In this capacity he worked with Pierre Boulez, Peter Eötvös, Helmut Lachenmann and Sofia Gubaidulina. In 2011, he followed an appointment as Professor of Composition and Music Theory at the Hochschule für Musik Basel, where he is also a member of the Research Department, focusing on Artistic Research.

As a composer, Michel Roth has collaborated with many renowned performers in Switzerland and abroad, including the Bayerischer Rundfunk Orchestra, many Swiss orchestras and ensembles, the Stuttgarter Vokalsolisten, Ensemble Mosaik Berlin, the Jack Quartet, and with Klangforum Wien (under Sylvain Cambreling and Johannes Kalitzke). In 2007, his orchestral piece Der Spaziergang won the BMW composition prize of Musica viva Munich (Bayerischer Rundfunk). He is also the winner of the international Art Mentor composition competition and several prizes and sponsorship awards. His opera Die Künstliche Mutter was supported by the Ernst von Siemens Kulturstiftung Munich and Pro Helvetia, among others. His first opera Im Bau (staging: Georges Delnon) was shown at Lucerne Festival, Theater Basel, Rigiblick Zurich and Opera Butxaca Barcelona and now exists in an immersive online version (www.imbauprojekt.ch) and as a radio opera (WERGO).

In addition to his practical activities, Michel Roth researches and publishes on musicological and music-aesthetic topics (focus: artistic research, especially in the context of cybernetics and game theory, funded by the Swiss National Science Foundation, among others) and was music curator and co-author of the four interdisciplinary exhibition and publication projects Harmony and Dissonance (2006), Neoimpressionism and Modernism (2008), LINEA (2011), and Dieter Roth and Music (2014) at Kunsthaus Zug and Hamburger Bahnhof Berlin. Regular collaboration with Dr. Matthias Haldemann (Director Kunsthaus Zug) and the cultural and literary scholar Prof. Dr. Boris Previšić (University of Lucerne, Institute Cultures of the Alps). Guest lectures at the Goethe University Frankfurt and the Institute for New Music Darmstadt, among others, as part of the renowned Darmstadt Summer Courses. Editorial collaboration on radio broadcasts for HR, SWR2 and SRF. His book The Techniques of Trombone Playing (together with Mike Svoboda) was awarded "Best Edition" at the International Frankfurt Music Book Fair. The essay "Play it anew, man!" already published in German (MusikTexte) will appear in an English version in the 2021 peer-reviewed edition of Perspectives of New Music (Seattle).

Michel Roth's works are published by Ricordi/Berlin and Musica Mundana/Munich.

Registered since about 3 years
Last login on 31 August 2021