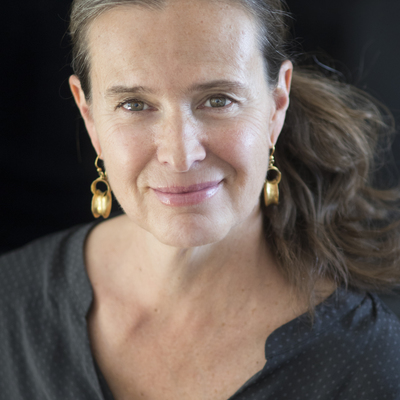 Composition, Orchestra, Basel-Stadt – Michèle Rusconi Michèle Rusconi has worked in a variety of musical styles and has lived in many countries on several continents. 1979 she... Read Biography

Michèle Rusconi has worked in a variety of musical styles and has lived in
many countries on several continents.

1979 she joined the Gamelan orchestra in Basel. Two years later and already a student at Berklee College of Music, Boston, USA, where she majored in Jazz piano, she travelled to Bali, Indonesia, for several months to study the traditional music of the island.

From 1983-87 whilst living in Madrid, Spain, she played with various Jazz ensembles, Rock and Flamenco ensembles.

In 1988 she moved to New York City, studied at City College with Ron Carter and learned with pianists Kenny Baron and Ronnie Matthews. During that time she founded Jazz bands, played Salsa and Merengue and twice travelled for longer periods of time to Haiti to play and study Compas, the traditional music of Haiti.

After living in Malaysia for two years, she returned to New York City and was awarded a BA in performing arts. At this time David del Tredici from the Juilliard School of Music became her composition teacher.

Since 2000 she has been living in Switzerland. In 2003 she gained an MA in composition at the Musikhochschule Freiburg, Germany, where she studied composition with Mathias Spahlinger and electronics with Mesias Maiguashca. On graduating she became a private student of Hans Wüthrich.

Michèle Rusconi's music has been performed and commissioned by a number of ensembles both in Europe, America and South America. Musicians for whom she has written include the Pellegrini Quartett, Amar Quartett, Ensemble Aventure, Ensemble Phoenix Basel, Ensemble Antipoden, The New Juilliard Ensemble, Bugallo/Williams Duo, Collegium Novum and Camilla Hoitenga to name just a few.

Her pieces for tape were all produced in her home studio.

Registered since about 1 year
Last login on 26 November 2019