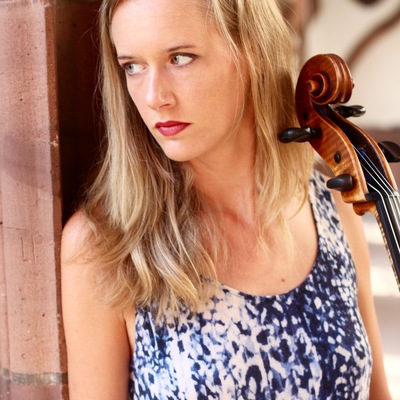 The Swedish cellist Karolina Öhman performs internationally with a diverse repertoire. Tours and festival appearances have taken Karolina to numerous countries across Europe and Asia. She is especially committed to the performance of contemporary music, and has premiered over 100 solo, chamber music and ensemble works.
Karolina has appeared as a soloist with the Basel Symphony Orchestra, Camerata Zurich, Kammerphilharmonie Graubünden, Meininger Hofkapelle and Basel Sinfonietta among others. Being a devoted chamber musician, she performs in several ensembles: in 2008 she founded the cello-percussion duo UmeDuo, in 2013 she founded Trio SÆITENWIND, and since 2014 Karolina has been a member of Mondrian Ensemble, which was awarded the Swiss Music Prize in 2018. In 2016 she became the principle cellist of the Kammerphilharmonie Graubünden.

Karolina studied with Torleif Thedéen, Thomas Demenga and Thomas Grossenbacher and graduated with a soloist diploma from the Zurich University of the Arts. After completing her studies she won several awards, including the 1st prize at the prestigious Concours Nicati for contemporary music. In addition, she received scholarships from foundations such as Pierino Ambrosoli Foundation and Ernst Göhner Stiftung, and became a beneficiary of the Concert Promotion Migros in Zürich.

Registered since about 2 years
Last login on 6 July 2020