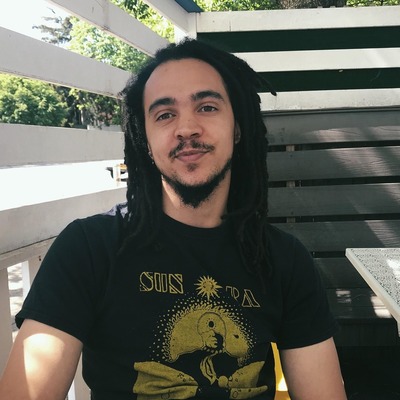 Unclassified, United States of America – One of the world’s most brazenly experimental composers, Swiss artist Jessie Cox makes music about the universe, and our future in it. Through... Read Biography

One of the world’s most brazenly experimental composers, Swiss artist Jessie Cox makes music about the universe, and our future in it. Through avant-garde classical, experimental jazz, and sound art, he has devised his own strand of musical science fiction, one that asks where we go next. For the last decade, his music has been marked by its freeness; his embrace of otherness has led to a body of work described by the LA Times as ‘some of the most experimental music, not just of the day, but the season’.

Cox’s music goes forward. When he describes it, he compares it to time travel and space exploration, likening the role of a composer to that of a rocket ship traversing undiscovered galaxies. He is influenced by a vast array of artists who have used their music to imagine futures, and takes Afrofuturism as a core inspiration, asking questions about existence, and the ways we make spaces habitable. Known for its disquieting tone and unexpected structural changes, his music steps into the unknown, and has been referred to by the New Yorker as an example of ‘dynamic pointillism’, a nebulous and ever-expanding sound world that includes ‘breathy instrumental noises, mournfully wailing glissandi, and climactic stampedes of frantic figuration’.

Jessie Cox is a critical theorist, composer, drummer and educator currently in pursuit of his Doctorate Degree at Columbia University. Growing up in Switzerland, and also having roots in Trinidad and Tobago, he is currently residing in NYC. He has performed and commissioned by numerous prestigious ensembles from, and has performed, all over the world, and his scholarly work has been published in numerous renown journals.

Registered since over 1 year
Last login on 7 September 2021