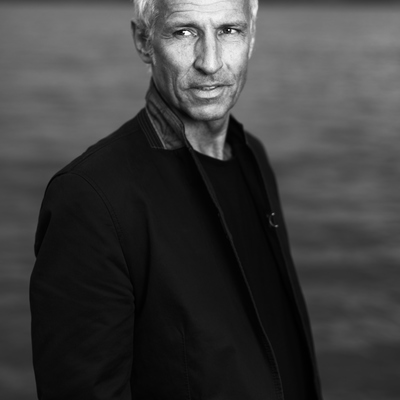 zeitgenössisch, Zürich – The Swiss composer Fortunat Frölich studied at the conservatories of Zurich (Switzerland), Napels (Italy) and the Academy of Music in Leipzig... Read Biography

The Swiss composer Fortunat Frölich studied at the conservatories of Zurich (Switzerland), Napels (Italy) and the Academy of Music in Leipzig (Germany). The music of Fortunat Frölich is committed to neither a particular school nor style. Using a broad palette of musical and stylistic methods, reflecting his personal musical development, his compositions leads one through various categories and a wide variety of musical cultures. His work often contains a confrontation of opposites, as in the concert for improvisational free-jazz saxophone and orchestra ("Letter to Art Pepper" MGB 9603), or his intercultural encounter project "Leh ya Jarè" (honoured by the Swiss Music Council and the Minister for Education and Cultural Affairs of Baden-Württemberg, Germany), and his compositions for oriental/european ensembles.

Frölich won a prize of encouragement from the Swiss canton of Grisons and the competition for professional cultural productions in 1999, 2004 and 2012. He was an artist in residency in Vienna in 2015 and in the Cité Internationale des Arts in Paris in 2017.

A special interest of Frölich lies in interculturality. In 1991 he developed his first intercultural encounter project "Leh ya Jarè" against xenophobia. This creation was awarded by the Ministry of Culture of Baden-Württemberg and of the Swiss Music Council. In 1999 and 2002 he was invited to direct a project with Tuareg musicians in Niger and Morocco. As of 2001 Frölich was a guest professor at the National Conservatory of Morocco. His intercultural composition "aanilhoub/about love" premiered 2006 at the Mawazine Festival/Rythmes du Monde in Rabat. In 2012 Maroc Cultures invited Frölich to create a project based on Moroccan popular songs. This work was shown at the international Mawazine Festival in Morocco as well as at important festivals in Europe such as Stimmenfestival, Lörrach; Theaterspektakel, Zurich; and the FIT (Festival Internationale del Teatro), Lugano. Frölich is the founder of the association choR inteR kultuR, which regularly organizes intercultural projects around the world. In 2017 choR inteR kultuR received an excellent review in the New York Times for an intercultural performance in Beirut with the collaboration of the Arabian singer Rima Khcheich and the choir of the American University of Beirut.

Another focus in Frölich’s work is the collaboration with the Swiss songwriter and expert in literature and music for children - Linard Bardill. Frölich and Bardill developed a few works, which introduce children to symphonic music. The two musicians did not hesitate in confronting young listeners with philosophical and serious themes as well as with contemporary orchestral sound. These orchestral works for children have been successfully played all over Europe and even in the United States.

Registered since about 3 years
Last login on 5 May 2021