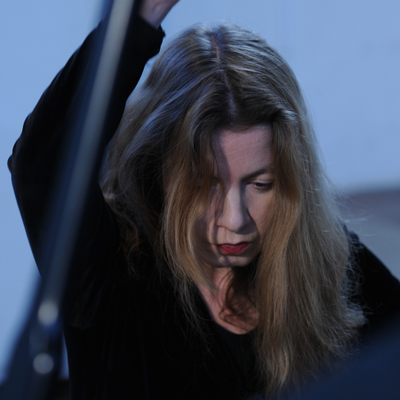 Classical &amp; Contempor..., Italy – Esther Flückiger is a pianist (classical, contemporary music, crossover) improviser and composer. Her creative ideas are unlimited and she is... Read Biography

Esther Flückiger
is a pianist (classical, contemporary music, crossover) improviser and composer. Her creative ideas are unlimited and she is continuously experimenting new musical directions and emotional music challenges, avoiding previous musical paths. She focuses on the interpretation of contemporary and traditional music, free improvisation and electronic music. She plays with different stylistic directions both solo and in ensemble. She has put on concerts in Europe, America, Russia, Asia and South America, taking part in traditional and contemporary music festivals and as a soloist with orchestra. As a composer she wrote and got commissions for works for different kinds of instruments, for music theatre and films. She has also created many multimedia projects producing her own films (camera/editing) and getting both public and printing review success. One of them is “Cosmo” (The 4 elements in Leonardo da Vinci’s universo), a project for the EXPO 2015 in Milan at the Franco Parenti Teatre. She has recorded a number of CDs for record labels such as Nuova Era, Pentaphon, Altrisuoni, Leorecords and more. In addition, she has participated in television and radio programmes in Switzerland and Italy. Esther Flückiger is the founder of Suonodonne Italia. From 2002 till 2008 she represented Europe as an executive member of the IAWM (International Alliance for Women in Music), USA. The book “Esther Flückiger – A proposito di Lei” by Iaia Gagliani provides an insight into her work as a musician in word and picture.
With her award-winning work "Guarda i lumi", she represented Switzerland at the ISCM World Music Days in New Zealand 2020.

Registered since about 2 years
Last login on 21 October 2021