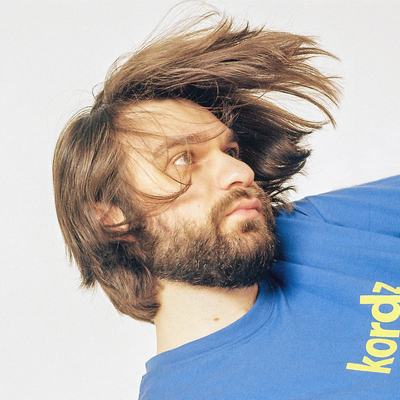 Komposition, Elektron..., Georgia – Stravinsky or Daft Punk, Prince or Ravel: the composer Alexandre Kordzaia aka KORDZ finds his inspiration wherever music happens. To call him a... Read Biography

Stravinsky or Daft Punk, Prince or Ravel: the composer Alexandre Kordzaia aka KORDZ finds his inspiration wherever music happens. To call him a crossover musician for this reason would be a mistake, however. He is much more of an all-over musician.

KORDZ appears both as a composer and as a performer. In Georgia he is known for his danceable live sets and his exciting collaborations with the country's renowned orchestras, such as the Georgian Philharmonic Orchestra and Zagareli & Strings. He has helped shape the local concert and club culture for 5 years now and is happy to work with collaborators such as violist Giorgi Zagareli or the Rapper DRO.

As a composer and performer he is also in great demand with European orchestras and ensembles such as the Asko Schönberg Ensemble, Slgawerk Den Haag, Kluster5 Ensemble, the Nieuw Ensemble, the Junge Norddeutsche Philharmonie, the Residentie Orchestra the Hague, the Dortmund Philharmonic Orchestra.

Among the special highlights of the 20/21 season is his composition for Club Guy & Roni together with the Slagwerk Den Haag Ensemble for an "online and offline" new interpretation of the "Swan Lake" Ballet. At the invitation of Martijn Padding, KORDZ premiered his first Cello Concertino for the International Cello Biennale in Amsterdam with solo cellist Lidy Blijdorp and the Asko Schönberg Ensemble. In June 2021 his piece «Kordz X Sakamoto», commissioned by Holland Festival, was premiered at Muziekgebouw, Amsterdam.

Het Patrool, NL 2021, Erik Voermans
«... not difficult to be enchanted for an hour, if only by the cheerfulness and indestructible optimism of the music…»

Nieuwe Noten,NL 2021 Ben Tagfjin
«... Kordz adds to that the music from his own cultural background. This leads to a colorful mix of sounds, in which strongly rhythmic and exhilarating passages are alternated with more ambient, sometimes even neo-classical-like passages, which make the fillings almost jump out of your teeth…»

Basia con fuoco 2021, Neil Van Der Linden
«….The result sounds like Sakamoto embedded in an idiom that ASKO|Schönberg is so much at home with, of for instance Louis Andriessen. “Merry Christmas, Mr Lawrence meets Andriessen’s De Staat.” Imagine the Royal Concertgebouw Orchestra playing Bert Kaempfert, including of course masterpieces like Strangers in the Night and Living it Up (alias Theme from Kapitein Zeppos), paying homage to the tone colouring of Bruckner and Debussy at the same time. Something I would not want to miss…»

Registered since about 2 months
Last login on 8 April 2022