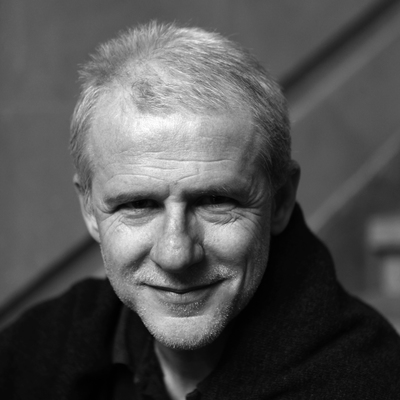 Contemporary music, Genève – Composer and conductor William Blank was born in Montreux in 1957. He is currently responsible for contemporary music at the Music Academy HEMU in... Read Biography

Composer and conductor William Blank was born in Montreux in 1957. He is currently responsible for contemporary music at the Music Academy HEMU in western Switzerland, where he directs the Ensemble Contemporain and teaches composition and analysis. Blank’s works are performed throughout Europe and in the USA and Japan, in prestigious concert halls such as the Victoria Hall in Geneva, the KKL in Lucerne, the Zurich Tonhalle, the Philharmonie in Paris, the Zaal Koningin Elisabeth in Antwerp, the Wigmore Hall in London, the Jacqueline du Pré Music Building in Oxford, the Leipzig Gewandhaus, the Vienna Musikverein, the Salzburg Festpielhaus, the Mariinsky New Concert Hall and the Philiharmonie of St Petersburg and the Suntory Hall in Tokyo. His music has been performed by conductors such as Armin Jordan, Antony Wit, Fabio Luisi, Pinchas Steinberg, Kasuyoshi Akiyama, Zsolt Nagy, Jean Deroyer, Dennis Russell Davies, Pascal Rophé and Heinz Holliger.

In 2001, Blank was awarded the Prize of the Cantonal Bank of Canton Vaud for his life’s work hitherto. Then, as part of his residency with the Orchestre de la Suisse Romande, he wrote Exodes, dedicated to Kofi Annan, which was given its first performance in October 2003 on United Nations Day in New York. He also gave a masterclass about the work at the Juilliard School of Music. Blank’s works have been released on numerous CDs as recently his complete orchestral works and his three string quartets recorded by AEON and GENUINE that have been accorded great praise by the national and international press. In 2005 he was awarded the Prize of the Leenaards Foundation.
Since 2007 he is the musical and artistic director of the Lemanic Modern Ensemble.