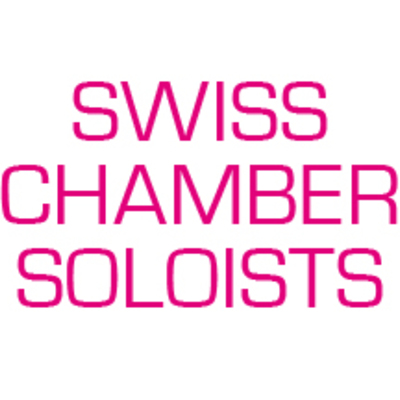 Composition, Chamber music, Genève – SWISS CHAMBER CONCERTS At the turn of the century, and for the first time in the history of the country, the idea of creating a musical project on... Read Biography

SWISS CHAMBER CONCERTS
At the turn of the century, and for the first time in the history of the country, the idea of creating a musical project on a Swiss scale came to be. Under the direction of Daniel Haefliger (Geneva), Jürg Dähler (Zurich) and Felix Renggli (Basel), the Swiss Chamber Concerts series was founded in 1999, creating, for the first time, a common cycle between Basel, Geneva, Lugano and Zurich. Thanks to innovating programmes and first class interpretations, the Swiss Chamber Concerts rapidly became an essential cultural member of the musical scene. Programmes explore the vastly rich chamber music repertoire in all its facets. Creation is also one of the main preoccupations of the three artistic directors who, particularly through regular commissions to Swiss composers, have made a significant contribution to the broadening of this repertoire.

SWISS CHAMBER SOLOISTS
While the national structure of the Swiss Chamber Concerts was being set up, a new formation of variable size was born, made up of the country’s best interpreters: the Swiss Chamber Soloists.
The ensemble rapidly gained a foremost position on the national and international music scene. Many a renowned musician has taken part in its seasons, such as Heinz Holliger, Thomas Zehetmair, Christophe Coin, Christoph and Julian Prégardien, Patricia Kopachinskaia, Ilya Gringolts, Lawrence Power and many others. The Swiss Chamber Soloists repertoire extends from Baroque – on period instruments – to modern music. The ensemble has first performed numerous world creations of works which, for the most part, were dedicated to it. From the very start, the Swiss Chamber Soloists have given concerts throughout Europe, Asia, Australia and Japan. Their excellent reputation is confirmed by endless positive reviews and radio and CD recordings.

SWISS CHAMBER ACADEMY
SCC also wishes to support the future generations of Swiss musicians as a whole and in this respect, training and professional integration of young musicians is particularly dear to them. Reason for which Daniel Haefliger founded the Swiss Chamber Academy, a place of intense teaching and exchange. Since its creation in 2014, the greatest artists of that discipline have taught there : Rainer Schmidt from the Hagen Quartet, Ruth Killius and Thomas Zehetmair from the Zehetmair Quartet, Hatto Beyerle from the Alban Berg Quartet as well as the oboist, conductor and composer Heinz Holliger. From the now on, the Academy is expanding three-fold: through several training sessions during the academic term, the intervention of great musicians other than quartet members and the reinforcement of a European network.

SWISS CHAMBER CAMERATA
The Academy’s success and the ties made during the various editions led to the creation of a new Camerata aimed at young professionals from all over Switzerland. Its aim is to establish a rich and in-depth dialogue between generations by associating, in the same concert, the best postgraduate students with world-renowned artists. This new ensemble thus enables promising musicians to acquire a unique kind of experience with the great masters, and aims at musical performances of the highest level. It is also intended as a starting block for their future career by making them known thanks to the national network of the SCC.

COMMISSIONS AND WORLD CREATIONS
The founders of the Swiss Chamber Concerts have made it their honor to make a generous space for music of our time. In twenty years, nearly 200 works were thus first-performed and broadcast in over six hundred concerts in Switzerland, Japan or even Australia. A special place was given to the performance of works by composers such as Birtwistle, Carter, Ferneyhough, Gervasoni, Kurtág, Lígeti, Yun or Zehnder, as well as the commission and creation of works by Swiss composers such as Blank, Dayer, Dubugnon, Furrer-Münch, Gaudibert, Glaus, Gubler, Haubensak, Hefti, Holliger, Käser, Kelterborn, Kessler, Kyburz, Lehmann, Moser, Rosenberger, Roth, Schlumpf, Schnyder, Skrzypczak,Tognetti, Wyttenbach, Vassena or Zimmerlin. SCC thus contributed significantly to the expansion of the chamber music repertoire in Switzerland. Contrary to a common situation where a new work is only performed once, the structure of the SCC enables a wide national distribution. Furthermore, creations benefit from radio recordings or CDs broadcast by the whole of the Swiss national radio network.