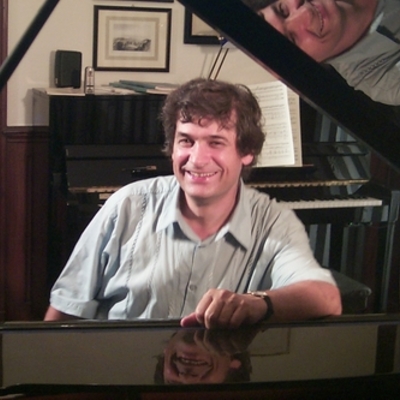 Patrizio Mazzola was born close to Genua, Italy. He received his musical education under the english pianist Hubert Harry at the Lucerne conservatory, where he earned the Teacher's and Artist's Diplomas with honours. In addition, he was awarded the Edwin Fischer Memorial prize as well as the Art-Recognition prize of the City of Lucerne. During his career Patrizio Mazzola has developed a wide repertoire , and next to his teaching activities at the Music Academies of Berne and Lucerne he constantly performes as a soloist. He has appeared often at music festivals and has collaborated regularly with diverse orchestras and conductors (such as R. Baumgartner, Philippe Bach, H.u.K.Griffiths, Martin Studer-Müller, Silvia Caduff, J.-L-. Darbellay, A. Fiedler, E. Muri, P. Sacher and K. Zehnder). As chamber musician he plays specially in the New Kubelik Duo and Trio. He has made many CD-recordings, including the 24 Preludes of Rachmaninoff, the 27 Etudes of Chopin and a Live-CD of his recital in the Wigmore Hall London.