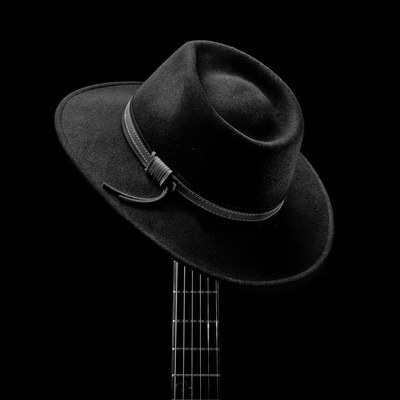 Composition, Chamber music, Vaud – After having successfully trained as a plasterer and painter, Josquin signed up to study as a professional electric guitar player at EJMA (Ecole de... Read Biography

After having successfully trained as a plasterer and painter, Josquin signed up to study as a professional electric guitar player at EJMA (Ecole de Jazz et de Musique Actuelle in Lausanne). However, after a series of events, he decided to change to classical music studies a year later as a student of Dagoberto Linhares at Lausanne's HEMU (Haute Ecole de Musique). This contrasting turn in music allowed him to diversify and enrich his musical sound palette. To further widen the scope of musical discovery, Josquin decided to spend a year studying at Berlin's Hochschule für Musik Hanns Eisler. Having returned to Switzerland, he obtained his BA and MA in musical education in the class of George Vassilev, while also taking courses in composition with William Blank.

Strongly encouraged by his professors, Josquin went on the study for his MA in composition in 2015 under Xavier Dayer at Bern University of the Arts (HKB), obtaining his degree in September 2018. Josquin continues to cultivate and develop his musical creativity by composing and collaborating on a regular basis with various musicians and groups, whose styles range from jazz to baroque music.

Josquin plays the guitar as part of Mérion (a two guitar and violin trio), whose musical repertoire consists entirely of pieces composed by him. His musical sensitivity combines darkness and depth with a luminous touch to produce a musical immersion in an original and poetic universe.

As a parallel to his creative work, Josquin teaches classical guitar at musical academies in Vevey (CMVR) and Yverdon (CMNV).

Registered since over 1 year
Last login on 6 October 2020