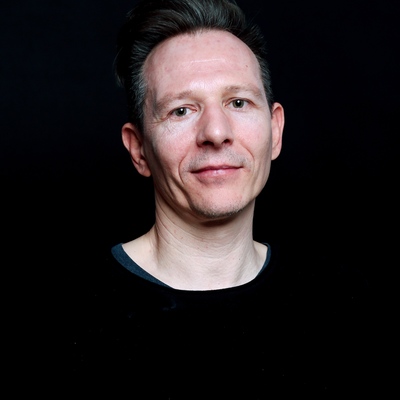 Interdisciplinary, Zürich – He studied percussion at the ‘Musikhochschule Zürich’ where he specialised in contemporary music and the interpretation of live electronic... Read Biography

He studied percussion at the ‘Musikhochschule Zürich’ where he specialised in contemporary music and the interpretation of live electronic performances. After this, he studied composition in Paris under Iannis Xenakis and Julio Estrada at the UPIC (Unité Polyagogique Informatique du CEMAMU) and subsequently under Daniel Glaus at the ‘Musikhochschule Zürich’. He has attended composition courses and seminars headed by Michael Jarrell, Salvatore Sciarrino, Chaya Czernowin and Luca Francesconi. He was educated in electronic music at the Swiss Centre for Computer Music and carried out practical work at the IRCAM in Paris. In 1998 and 2000 he was prize winner of the Russolo-Pratella Competition (Italy) and the CIMESP – Concurso Internacional de Música Electroacústica (Brazil). 2001 scolarship of the Pro Helvetia and 2004 scolarship of the „Stiftung Binz39“. He was supported by grants from the Aargauer Kuratorium and from the city of Zurich in Berlin (2011/14). In 2005 he was awarded a working year from the city of Zurich. 2006 Composer-in-Residence at the Institut International de Musique Electroacoustique de Bourges (France). 2007 follows the “Förderpreis für Komposition des Kantons Graubünden” and 2014 The Prize of the Fondation SUISA.
He has received commissions from several international festivals and ensembles such as the Absolut Trio, Archipel Geneva, Arte Quartett, Ensemble Adapter, Ensemble Cattrall, Canto Battuto, Collegium Novum Zürich, Europäischer Musikmonat, Ensemble XII, ISMC World New Music Days, KammarensembleN, Ensemble Laboratorium, Lucerne Festival, Nordic Music Days Stockholm, Musica Scienza Rome, SWR–Matrix 13, Ensemble Phoenix, Sound Field Festival Chicago, Swiss-Australian Collectables, Tage für Neue Musik Zürich, United Instruments of Lucilin Luxembourg, Wien Modern, Wiener Saxophon-Quartett, ZKM Karlsruhe and so on.
He has been a lecturer in electroacoustic music at the Zurich Univerity of Arts since 2001 and is a member of the Experimental Studio of SWR in Freiburg in Breisgau.
He lives and works as a freelance composer in Zurich and Berlin.

Registered since over 2 years
Last login on 25 March 2022