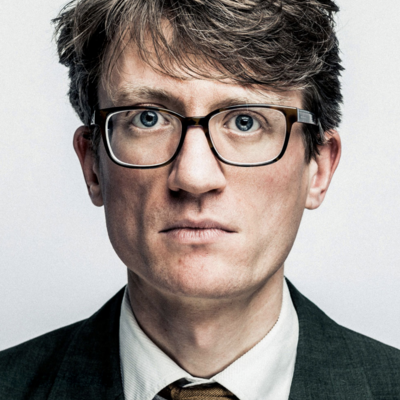 Edward Rushton grew up in Cambridge and Leeds and studied at Chetham's School of Music, Manchester, King's College, Cambridge, the Royal Scottish Academy of Music and Drama and the Zurich University of Applied Arts. His composition teachers have included Robin Holloway and James MacMillan. He has been living in Zurich since 1998, and in 2013 received that city’s annual stipend for composition.

Recent operas have been commissioned and produced by The Opera Group, Zurich Opera and Hannover State Opera, and recent concert works have been commissioned for and played by such groups as the Schubert Ensemble, Birmingham Contemporary Music Group, Tonhalle Orchestra Zurich, Leeds Lieder, London Symphony Orchestra, Counterpoise, Harry White Trio, Gemischter Chor Zürich, Origen Festival, University of Zurich. A new work for orchestra, I nearly went, there, was premiered in May 2015 by the London Symphony Orchestra under Daniel Harding.

Rushton is also in demand as a pianist specialising in chamber music and song, an area in which he also has a special interest as a composer, having already written almost twenty song-cycles and individual works for voice and piano.