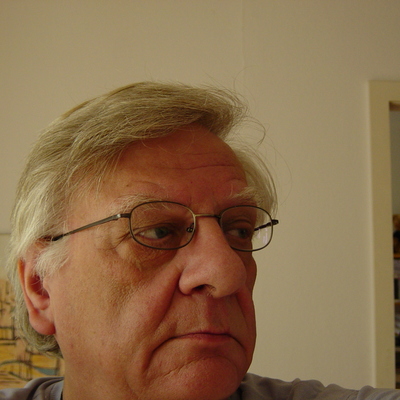 Composition, Chamber music, Bern – Daniel Andres was born in 1937 in Biel. After his compulsory schooling he attended the Teachers' Seminar Bern-Hofwil, where he took up organ... Read Biography

Daniel Andres was born in 1937 in Biel. After his compulsory schooling he attended the Teachers' Seminar Bern-Hofwil, where he took up organ lessons with Gerhard Aeschbacher and at the same time composition with Prof. Sandor Veress at the Conservatoirum Bern. After completing the teacher training seminar, he studied the main subjects, organ (Otto Schaerer, organist at the French Church of Bern), theory and composition (Sandor Veress) at the Conservatory of Bern. He concludes with teaching diplomas for organ as well as theory and composition and continues his organ studies for another four years in Otto Schärer's concert class. In 1976 he attends a master class for composition with Kasimierz Serocki at the Music Academy of Basel.

From 1966 to 1972 he worked full-time as a journalist for the Basler National-Zeitung, Weltwoche and Schweizer Illustrierte, among others. 1978 - 1983 he runs a bookshop and publishing house and publishes several books, including on the history of architecture in Biel and reprints by authors such as Hand Morgenthaler and Hans Mühlestein.

He worked for a time as Kapellmeister (1972-1977) and choirmaster (1983-1988) at the Biel-Solothurn Theatre, directed church choirs (Niklaus v.d. Flüe Church, Biel 1992-2003 and Zwinglikirche Bözingen 1992-2000) and is currently still organist at the Zwinglikirche Biel-Bözingen and the Christkathol. Church of Biel.

His catalogue of works today comprises about eighty works for various instrumentations, including an opera premiered in 1983, orchestral works, 2 violin concertos, 3 piano concertos, 1 cello concerto, several piano sonatas and string quartets. He has received various work contributions from the city of Biel and the canton of Bern, most recently in 2017 for an orchestral work for his 80th birthday and 2020 for a string quartet.
Daniel Andres worked for many years as a music critic and published several books on Biel's architectural history, Biel's musical culture and a novel "Mösli, eine Kindheit" (Verlag Die Brotsuppe, 2004).