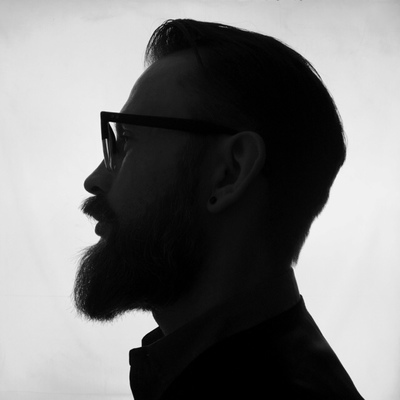 Ambient, Experimental..., Zürich – Dominik Grenzler is a sound artist and bass guitar player with a spot for abstract and cinematic soundscapes. In 2008 he began with the initial... Read Biography

Dominik Grenzler is a sound artist and bass guitar player with a spot for abstract and cinematic soundscapes. In 2008 he began with the initial recording sessions for AN MOKU. The literal translation of the Japanese word «Anmoku» is “tacit, unsaid, implicit” conveying that an idea or thought cannot be put into words but is subconsciously understood. Inspired and animated, with this approach, Dominik’s abstract, cinematic music gives the listener room for imagination and interpretation. His approach to ambient is highly personal, as he manages to generate tension with a hidden musicality, drowned in a miasma of organic, yet manipulated, sounds. Dominik describes AN MOKU often as distinctive atonal madness.
Born in 1977 in Gdynia. Raised on a soundtrack of bubbly 80’s synth pop and early 90’s guitar music. Playing e-bass in several bands in Germany’s former coal-mining hub, the Ruhr district, from 1993 to 1995, he gained experiences in a wide variety of musical genres. This is followed by numerous performances with supporting acts for Whitney Houston, Joe Cocker, Marla Glen as a hired bass-guitar player by the singer and songwriter Daniel Denecke amongst others from 1998 through to 2001. Inspired by many experiences during travels, encounters and further training Dominik started to explore sound in different and uncommercial ways and founded the music project: AN MOKU.
Privately, Dominik Grenzler is living and working in his adopted hometown of Zurich, where he owns, together with his girlfriend Sara Hochuli, a Café with an artisan Cake Bakery known as Miyuko. Since 2015 he is the founder and curator of the micro label EndTitles.