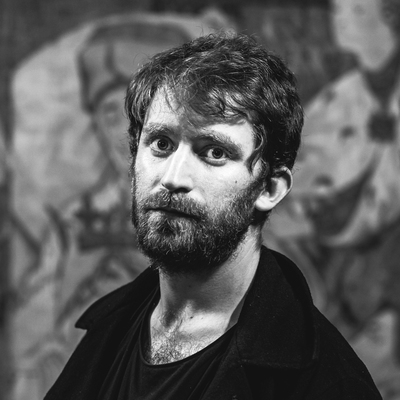 Alberto Barberis (b. 1988) is active as composer, improviser, guitarist, electroacoustic performer, code artist and electronic music teacher. He is currently Professor of Technology, Programming (Max/MSP - javascript) and Electronic Music at the Conservatorio della Svizzera Italiana of Lugano (CH). He got the Diploma in classical guitar at the Conservatory of Turin (IT) and the Master’s degree in classical guitar at the Conservatory of Brescia (IT), studying with Giorgio Mirto, Maurizio Colonna and Bruno Giuffredi. In parallel he studied composition with Giovanni Albini and he obtained with honors the Master of Arts in Composition and Theory and the MAS (Master of Advanced Studies) in Composition at the Conservatorio della Svizzera italiana of Lugano (CH), studying with Nadir Vassena, Giovanni Verrando and Sylviane Sapir. Alongside his musical activity, he undertook Engineering Studies – in the field of Information Technology and New Media – at the Polytechnic of Turin (IT), which stimulated his interest for mathematical applications in musical composition, programming, electronic and computer music. Since 2012 he is the Assistant Artistic Director of highSCORE New Music Center and from 2016 he is part of the artistic committee of OGGIMUSICA. He is a member of FloatingForest Record, a label and a collective of improvisation and experimental music. Recently he collaborated with several contemporary music ensembles including the Ensemble Recherche (DE) and the Eutopia Ensemble (IT), and he took part in many international music festivals, such as Nachtstrom (CH), Maggio Elettrico (IT), OGGIMUSICA (CH), Afekt (ET), EAR (CH), Electropark (IT). Alongside his artistic activity he develops music software, such as tiascolto (a ear-training application) and Ormé (a spatialization software – presented at CIM XIX). In 2016 he won the Werkjahr 2017 of the foundation Christoph Delz (Basel – CH), with a research project on the interaction between orchestral instruments and electronic devices.

Registered since about 2 years
Last login on 9 January 2020