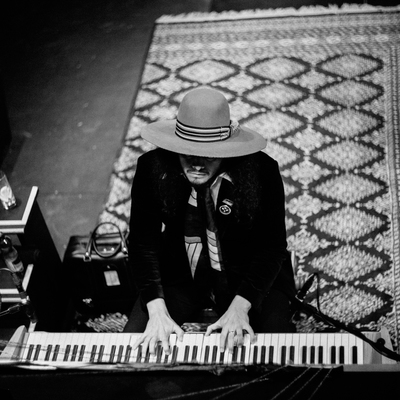 Psycho-Automatic Piano, Aargau – The peculiar year of a post-millenium pandemic lead to a one-off performance in september when The 70's look inspired Swiss... Read Biography

The peculiar year of a post-millenium pandemic lead to a one-off performance in september when The 70's look inspired Swiss Pianist/Improvisationist went on stage for 6:29 min time. He conserved the moment and released his only digital output within 5 years since his well-approven second studio record Yes It's Ananias II . YIA reveals the inside and puts it to the outer sphere. He toured in the past couple years in search of finding his own signiture in the soundscape and playing by recording live-concerts on tour and release the limited Vinyl-Copies. 18/19 he was playing in France, Switzerland and Germany the most honest way: Solo Piano. While gathering an increasing fanbase around Switzerland and Eastern France, he held up the first official PIANO DAY in Zurich. Swiss Radio/Television SRF Kultur portrayed him and his work during their Winter-Campaign #SRFZämeStah. A platform of selected Artists/Actors/Musicians in Switzerland... There are rumours for a new third Era in 2021 III.

Registered since about 2 years
Last login on 3 February 2023