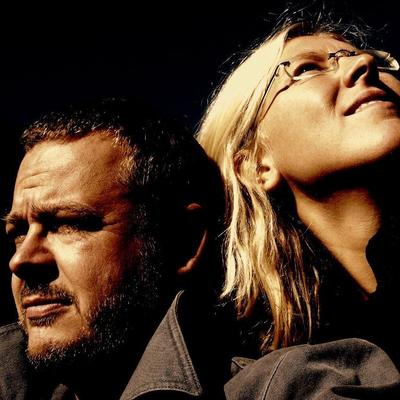 UMS 'n JIP are a Swiss contemporary music duo, consisting of Ulrike Mayer-Spohn (UMS) on recorders & electronics and Javier Hagen (JIP), voice & electronics. One of the most experienced and distinguished contemporary music laboratories of our times, they work as performers, composers and organizers within a global network of composers, visual artists, stage directors, researchers, universities and festivals. Their special interest in long term collaboration, with its exchange of knowledge and awareness, brings context to new creations and results in an outstanding increase of artistic content. In this manner, UMS 'n JIP explore new settings for voice, recorders and electronics, ranging from live to digital performance in concert, scenic or installative formats and often integrate European as well as non-European music. UMS `n JIP have been invited to perform at prestigious contemporary music festivals around the world including Zürich, Lucerne, Donaueschingen, Stuttgart, Berlin, Paris, Barcelona, Athens, Istanbul, Moscow, Shanghai, Hong Kong, Seoul, Tokyo, Buenos Aires, and New York. They have premiered hundreds of works, collaborating with both world famous and aspiring young composers such as Heiner Goebbels, Wolfgang Rihm, Mauricio Kagel, Jennifer Walshe, Wolfgang Mitterer, Erik Oña, Luis Codera Puzo, Chikashi Miyama, Huang Ruo and Guo Wenjing. They can look back on more than 1000 concerts since their debut in 2007 and are one of the most active contemporary music ensembles worldwide, bringing both young and established works not only to famous venues but also to audiences who do not have easy access to live performances of top quality contemporary music. Both individually and as a duo UMS and JIP have received numerous commissions and awards and have been invited to share their knowledge in renowned universities in Europe, America and Asia. JIP is also the director of the Swiss Contemporary Music Festival Forum Wallis and the current president of ISCM Switzerland, as well as a board member of the Swiss Music Edition, the European Conference of Promoters of New Music ECPNM (2014-18), and of the UNESCO Commission for the Inventory of Intangible Cultural Heritage in the Canton of Valais (2009-18). Since 2013 UMS has been pioneering two new research projects: Recorder Map and Recorderology, and the duo has been invited to act as experts in the European Union's FP7 i-Treasures project.

Registered since over 1 year
Last login on 8 July 2020