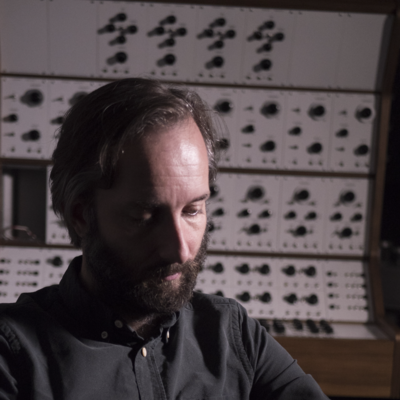 Unclassified, France – François J. Bonnet is a Franco-Swiss composer and electroacoustic musician based in Paris. In addition to being the Director of INA GRM (Institut... Read Biography

François J. Bonnet is a Franco-Swiss composer and electroacoustic musician based in Paris. In addition to being the Director of INA GRM (Institut national de l’audiovisuel / Groupe de Recherches Musicales – the latter being one of the birthplaces of electroacoustic experimentation in the late 1950’s), François J. Bonnet is also a writer and theoretician: his books “The Order of Sounds: A Sonorous Archipelago”, “The Infra-World”, and “After Death” are published in English by Urbanomic. He is also the author of the manifesto “The Music to Come”, published by Shelter Press in 2020, and the co-editor of the “SPECTRES” series of publications, a joint project of INA GRM and Shelter Press. As a musician, Bonnet often works under the project name Kassel Jaeger. He has collaborated with artists such as Oren Ambarchi, Giuseppe Ielasi, Stephan Mathieu, Stephen O’Malley, Jim O’Rourke, Akira Rabelais, James Rushford or Gisèle Vienne. Kassel Jaeger’s works are a complex balance between concrète experimentalism, ambient noise, and electroacoustic improvisation. He has released several albums on various labels such as Editions Mego, Shelter Press, Black Truffle, Senufo Edition, etc. While his own music has been played in renowned venues and festivals all over the world, François J. Bonnet has been working closely with groundbreaking composer and electronic music pioneer Eliane Radigue, and has been performing regularly her electronic music in concert.