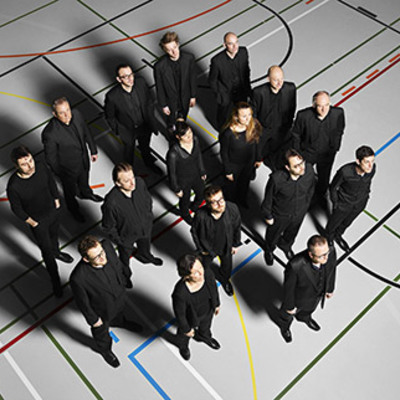 Musique contemporaine..., Genève – Contrechamps is a group of soloists who for over 40 years has specialised in the creation, development and diffusion of 20th- and 21st-century... Read Biography

Contrechamps is a group of soloists who for over 40 years has specialised in the creation, development and diffusion of 20th- and 21st-century instrumental music. The ensemble’s commitment is to decompartmentalise the marvels of this music as well as to highlight the diversity of aesthetics and agents of the contemporary and experimental scene.

Since its creation, the Ensemble Contrechamps has been working hand in hand with a large number of composers – Pierre Boulez, Rebecca Saunders, Brian Ferneyhough, Beat Furrer, Klaus Huber, Michael Jarrell and Matthias Pintscher, to name a few – and also with the new generation of creators – Rebecca Glover, Fernando Garnero or Paula Matthusen.

For the 2019-2020 season, works have been commissioned from Chiyoko Szlavnics, Jacques Demierre, Bryn Harrison, Christine Sun Kim, Christopher Trapani, Abril Padilla and the Massicot group. The titular artists Antoine Françoise and Simon Aeschimann have also created the music for a new choreographic piece by Maud Blandel. For this season, Contrechamps is once again organizing an interdisciplinary week called Le Laboratoire and is inaugurating L’ascenseur, a support program for the next generation. Three pieces by students from the Haute école de musique in Geneva have been created, and many Swiss premieres will be presented.

Contrechamps has performed under the direction of numerous directors throughout its history, from Heinz Holliger to Emilio Pomárico, Michael Wendeberg, Elena Schwarz and Clement Power. This season, the ensemble is delighted to be working for the first time with Vimbayi Kaziboni, Nathalie Murray Beale and Zoi Tsokanou. Since its inception the ensemble has welcomed international soloists such as Pierre-Laurent Aimard, Donatienne Michel Dansac, Christoph Prégardien, Yeree Suh or Kai Wessel. Contrechamps also regularly showcases its own soloists.

Among frequent invitations to perform on various international scenes, Contrechamps attends the Festival d’Automne in Paris, Salzburg Festival, Donaueschinger Musiktage and MaerzMusik in Berlin, Lucerne Festival, Auditori of Barcelona, ​​ ICA in London and the Biennale Musiques en Scène in Lyon. The ensemble also collaborates with many local partners in Geneva – this season with the Bâtie-Festival, Archipel, Grand Théâtre, Vide ensemble, OCG, Am Stram Gram theater, the female vocal ensemble Polhymnia, ADC, Cave12 and St. Peter’s Cathedral. There will be other collaborations outside of Geneva with the Valais Media Center in Sion, the N/O/D/E and Arsenic in Lausanne and a three-concert residency in Basel’s Gare du Nord.

Contrechamps works in conjunction with the Haute école de musique in Geneva and the Confédération des écoles genevoises de musique to not only pass on its expertise to the next generation but also to include students in each season with an immersive approach. Regular collaborations with other musical institutions and museums in the city strengthen the cultural fabric of Geneva while outreach and educational activities also allow the ensemble to share their passion with an audience of all ages and horizons. The Contrechamps Editions publish important works on contemporary music each year and organize a series of lectures entitled Musique en dialogue, under the direction of Philippe Albèra.

The Ensemble Contrechamps has recorded more than twenty albums and will release in 2019 and 2020 two portrait albums in surround sound, one of Chiyoko Szlavnics and the other of Bryn Harrison, both under the label Neu Records.