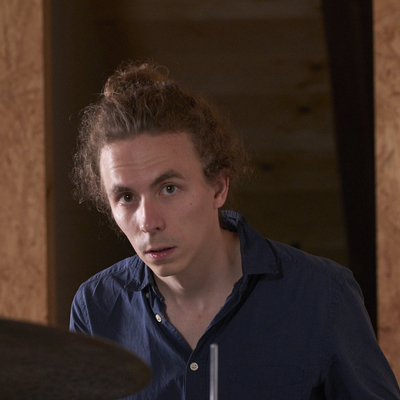 Born in 1991 in Bern, Switzerland, Clemens started playing the drums at the early age of 6 and by the age of 10 he made his first experiences as a drummer in the band of the reformed church in Meikirch/Berne were his father still preaches. After studying with Gerry Hemingway, Norbert Pfammatter and Pierre Favre at the HSLU Jazz Departement, he quickly established himself as one of switzerlands most in-demand drummers for modern creative music, always complementing but not overshadowing the music with his unique voice on the drums.
His critically acclaimed quintet Murmullo with Clemens as drummer and composer and featuring Jonathan Maag on tenor, Florian Weiss on trombone, Franz Hellmuller on guitar and Rafael Jerjen on bass, was nominated for the ZKB-Jazzpreis, switzerlands most prestigious jazz award, in 2019.
A commission of the Jazzwerkstatt Bern led to the foundation of the international quintet Ydivide, featuring Elliot Galvin, Dee Byrne, Chris Guilfoyle and Lukas Traxel.

Registered since over 1 year
Last login on 1 February 2020