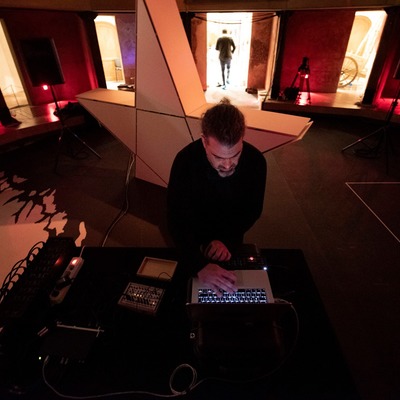 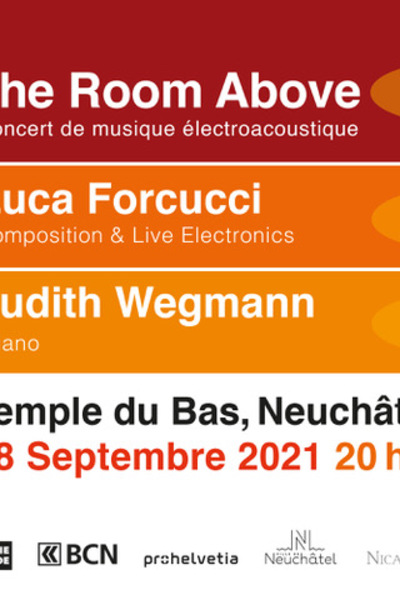 The idea for this project was born during an artistic residency at the Helvetic Circle in Genoa from September to November 2020. This place has an organ in the church adjacent to the place of residence. The possibility of developing an electroacoustic aesthetic in this type of architecture amplifies the perception of the intimate relationship between the architectural space and the sound.
At the end of November 2020, I played and recorded pieces in the church during 4 days. These pieces, which I conceived in the moment and after long walks in the surrounding nature, start from the idea of long drones/notes that explore the acoustic potential of the organ and the architecture of the place in relation to sound by developing in a very slow way. The raw material accumulated during the recordings in Genoa is spectrally analyzed and composed on the basis of careful listening and graphic scores, like an acousmatic piece, in order to obtain a first basis. It is modular and flexible in order to adapt to the places where it will be presented later and also open to collaboration with other instruments (e.g. piano, voice, cello) as a work in progress. The premiere in Neuchâtel will take place at the Temple du Bas in collaboration with the Bienne pianist Judith Wegmann (www.judithwegmann.ch) on September 18, 2021.
The acoustic space of the church in Genoa contains a spatial quality that I call intrinsic space. The addition of this space recorded with the organ and its reverberations will be placed in each future concert venue, which will generate different typologies of spaces: the one recorded in Genoa and those of the spaces where the concert will take place. The addition of the sound spaces will produce a sound moiré, a polyphony of spaces between those initially recorded, those of the concert venue, and those present in the imagination of the listener during the concert. The conceptual idea of the sound moiré is an auditory perception of several layers of space that tends towards a sound illusion comparable to that which emerges visually from Marcel Duchamp's rotoreliefs and is called 'non-retinal art', and which exists between the work and the spectator, and in this case between the work and the listener. The sound moiré changes according to the typologies of each concert venue, and its ultimate goal is to produce a cinema for the mind (imagination) of the listener.
The concert will be accompanied by short experimental phases freely inspired by research on the psychophysics of visual hallucinations. Bruno Herbelin is a researcher in virtual reality and cognitive neuroscience at the EPFL. His research finds a meeting point with visual and musical artistic expression in sensory experimentation and the creation of perceptual conflict processes. He met Luca Forcucci while he was in artistic residency at Brain Mind Institute in 2009, and they collaborated again in September 2020 during a project at Club 44 in La Chaux-de-Fonds. This project is a new collaboration for the upcoming year.